Your excellency Sir, let me start by congratulating you for becoming the first Kano deputy governor to succeed his boss, the first elected Kano governor with a genuine PhD and the first to win so gracefully with a million vote margin in an election adjudged to be the most credible in Nigeria. Each of the feats I mentioned called for celebration, but even more aptly signifies the enormity of the colossal expectations of the good people of Kano State on you.

While some voted for you in loyalty to Kwankwasiyya political sect, most of us supported you because of the party you belong which professes accountability and development and its figurehead, General Muhammadu Buhari, the only Nigerian politician nicknamed ‘Mai Gaskiya’ and also your promise of continuity in the good ways of Governor Rabiu Musa Kwankwaso. Kwankwaso’s ways are not all perfect and there are so many potholes, but your strongest opponent, Salihu Sagir Takai, based his campaign on Mallam Ibrahim Shekarau and promised to rule like him, an idea most Kano citizens have since developed allergy for. These reasons too, place you in a position of difficult responsibility of living up to more expectations.

Sir, Your first call is to complete all projects this government started. It is common in this country for politicians to abandon predecessor’s projects and initiate theirs in the desperate aim of “name making” and the coveted tag of “the founder”. Your circumstance is different because most people voted for you with the belief that you are more likely than your opponent to complete the projects. You were also the first lieutenant of the man who initiated them and can easily claim the glory of “Our government did it”.

It will be a great calamity on Kano if the Kabuga and Gadon Kaya underground runways, the Murtala Muhammad 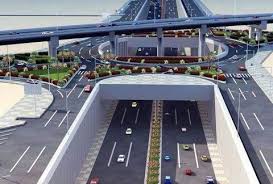 Way-Kano Guest Inn flyover, the 5 kilometer roads in the 44 local governments, the gigantic Wuju-wuju underground drainage system and road and the Northwest University are not completed. These alone will gulp billions and may consume a large chunk of the income in your four years, but you have to kill the temptation and complete them. They are among the reasons we placed you there Sir.

Your second call is to right the wrongs in this administration. You served for eight years as deputy governor and it is unforgivable if you repeat mistakes and don’t improve on the good of the administration. Kwankwaso has severally attributed his success in his second term to correction of the wrongs in his first term. Your path to success and greatness too will not be far from improving the good in the 2 terms you deputised and learning from all the mistakes. This is the expectation!

Kano has history of deep political polarisation, but never before had we have that encroaching into public service this severe. There are reports of conferment of undue advantage to civil servants who are loyal party members and victimisation of those in support of opposing parties. It is your duty to stop this ugly trend and salvage the service as someone who had been part of it to the highest cadre of Permanent Secretary. There should be depoliticisation and depersonalisation of public service and professionalism and discipline  shall reign supreme. This too is what Buhari, an essential factor in your win, stands for. 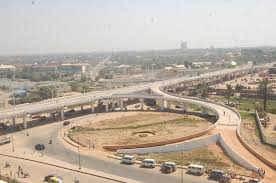 The rural areas in Kano can do better with a stronger touch. Kano metropolis shelters half of the people in the state and generates more than half of the Internally Generated Revenue (IGR). So one is easily tempted to concentrate on it as seen frequently. We have so much agricultural potentials in rural Kano that are untapped. So much of our produce are wasted. Only God knows the number of million metric tonnes of tomatoes and other perishable products we lose annually. Government should invest more in agriculture, encourage mechanisation, support poor farming families and provide storage and processing facilities or liaise with private investors to do that.

With a population estimated at 15 million, Kano state has only one true city.  A simple glance will show smaller states like Kogi with Lokoja, Okene and Kabba; Delta with Asaba, Warri  and Sapele; Katsina with Funtua, Daura and Katsina; Jigawa with Dutse, Kazaure, Hadejia, Gumel and Birnin Kudu and so on. Our development is concentrated in Kano city and this encourages rural-urban migration and many other negative impacts. We have so many large and historic towns that can be developed into cities like Bichi, Rano and Gwarzo with few billion Naira projects. Private sector will then finish the rest. This is worthy of considering and will go a long way in solving many of our social and economic problems.

Whether you will continue writing the name Kwankwasiyya on government

funded projects and wearing the controversial red cap or launch your own “Gandujiyya” and a blue or yellow cap is at your own discretion and to us a matter of political conjecture, but it will be in the best interest of democracy and Kano if no one person is compelled to wear a certain outfit as a prerequisite to enjoying certain rights and privileges and if none is victimised again for not wearing it.

I am wishing you the best as you steer us into progress in this hopefully ever forward match.