Next morning we awoke feeling great, having rested our fatigued bodies for almost 36 hours. After a good buffet breakfast, we set out in a taxi on our way to honor the invite from Sa’eed. We wanted to see whether the free offer is for real or a trap.

While in the chartered taxi, the driver, another Indian, seeking for business decided to start a conversation. Taking his eyes off the road briefly and glancing at me, he asked “Nigeria?” I turned and looked at him, nodding my head to affirm. Returning his attention to the road, he smiled.

I didn’t want to encourage him, but he asked where we were going again and I told him. All of a sudden his face clouded a bit. “First time in Dubai?” was his next words and I said “Yes. Why do you ask?” With 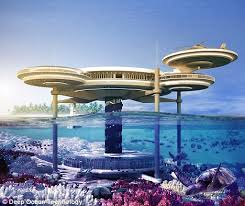 a heavy Indian accent he said “Many I take there. New visitors they like to say come. They know very little about people.”

Not understanding his worry, I inquired “Why you say that?” He showed even more apprehension as he expertly swerve into a turn of Dubai’s well laid out asphalt roads “Not my business I know, but it is no good I tell you, boss.” I took his words in, turn and looked at my wife in the back seat and smiled.

So our suspicions are true. Well, let’s find out more I thought to myself. “You know them?” I prodded him on. “No, no. I know them, no!” He responded with a tinge of disgust in his voice. “Bad people, doing bad business. I like them, no. Not good.” He said with conviction “They ride big cars, give you free things, they cheat you later.”

Ok, ok. So, we are riding into a fraudsters den, right? Again, this was a thought. Well, to be fore warned, is to be fore armed. “Please, don’t say I tell you, yes? But you agree, they take your money and you regret. They give you free this, free that, free this and then you happy they cheat you. But please not say I tell you, please” Suddenly I could detect some elements of fear in his voice.

Calmly I said “It’s alright. We won’t let them know you told us anything. And be rest assured we won’t  let them cheat us. We already know what to expect. But this information you’ve given us is very good of you. Thank you so much.” He seemed pleased with my assurance.

Soon we arrived at our destination. Before dropping us off, he offered to wait and pick us up when we come down from the 12 storey plaza, but I told him not to bother. He was going to wait at our expense, charging us for every minute of his time. And since we know not when our meeting will be over, it was only wise to refuse the bait. After all, we can always get another ride to take us back to our hotel room.

He however refused to let go, insisting to hang around no matter how long we’ll be there. Still I told him to go do his taxing runs, since like it occurred to us his wait will be time charges on my account. We surely didn’t want to pay for that! 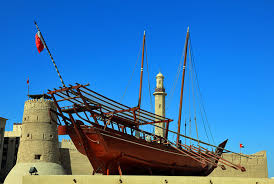 He then quickly scribble his phone number on a paper and request that we should please give him a call when we are through. He will come from wherever he was to pick us. That seemed ok by me. With a smile  and another word of precaution, we left him starting his private, unmarked taxi.

Posh, elegant and glazed facade, the exquisite architecture dragged us into its cool, sparsely decorated double volume foyer. One immediately notice the presence of security personnel strategically manning the interior. They looked stern, with little or no smile at all. One can’t help but feel the tenseness of the place.

One of them politely asked us which floor we were going. After telling him, he directed us to board one

of the lifts on the right side of a lift lobby. The 3 sets of which goes to odd number floors, while the others on the opposite side are for the even floors. We entered into one of the cars with a smiling old man.

A smooth ride upwards in company of the old man and two other men who exited at the 5th Floor, we arrived the 9th. Directly open to the lift lobby, we walked into the reception of the organization Sa’eed represents. There were other visitors in the lounge.

One couple were seated close to each other on a settee, with a young boy clutching to the woman, her child and clearly afraid from the way he stuck even closer to her. Another well dressed man in kaftan and cap can be seen with his wife. I felt not alone from seeing him and his wife, who was dressed like a typical Hausa housewife from northern Nigeria. My wife 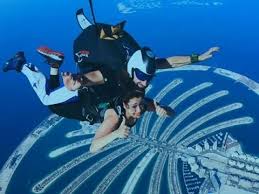 looked at them and smiled. I’m sure feeling what I felt too.

We were soon given a form to fill by one slim, lanky, lady receptionist, dressed in a mini skirt and wearing stiletto shoes despite her height. She wasn’t wearing a welcoming smile though, as she tried to explain what we needed to do. I told her we know what to do and move off her table. She didn’t like the confident swagga I exhibited and her face registered it immediately. My wife hid a knowing smile as we walked away.

We filled the form as directed by our inviting agent and after a while, the receptionist came round collecting it from us. Soon, the Hausa couples were called and taken in through a glass door. They sat before a handsome young man at a dining table arrangement and the guy commenced talking to them.

Soon, the family with the child got a summon too and they were ushered in through the same door, but where we could not see them. Next, one single, 3/4 shorts wearing guy in an intimidating commando style boots we didn’t notice got invited in to. And it was then our turn.

A young man came out with our form and called “Mr. Tijjani Musa?” He announced and I answered with a move off the armchair I was occupying, pulling my wife along with me. 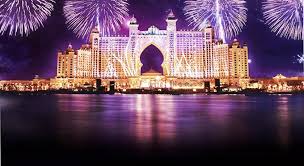 housed several office booths, manned by many guys and ladies, all corporately dressed and busy with us, their invitees, criss-crossing the floor from one side to another, stopping briefly to ask or compare notes with their colleagues and so on.

The guy who called us, attended to us. His name was Tahir, an Egyptian by nationality he told us in clear understandable English, albeit with a tinge of accent. We exchanged pleasantries and before settling down for business, we demanded to say our Zuhr salat, seeing that it was time for it.

We were shown a secluded part of the office, converted into a small mosque, warmly rugged with red

carpet. Its qiblah defined and a small cabinet held some religious books, the Quran definitely among them. Since we were both abluted from our hotel room, all we did was prayed.